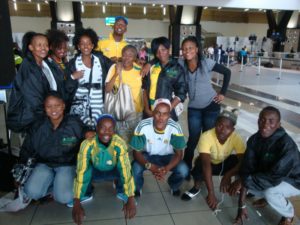 Ten excited learners, in Grades 10 and 11, from Meadowlands Secondary school in Soweto, arrived at OR Tambo International airport on 18th October 2011. They were about to embark on the adventure of a lifetime, an all-expenses paid trip to the Second Annual Regional Junior Achievement (JA) Africa Region, Company of the Year (COY) competition in Accra, Ghana, sponsored by Barclays and Fedex. The learners were all participants in the JA South Africa Entrepreneurship Academy Programme funded by Investec.

The programme is a seven month long, intensive programme which aims to educate over 400 Grade 10 and 11 learners from eleven under resourced schools across six provinces on every aspect of running their own business, they are taught entrepreneurial skills by essentially starting up and running their own mini companies. The Meadowlands students had split themselves into two companies namely; Sisonke Enterprise and Young Achievers. These mini company’s had been selected from over approximately 150 other mini companies, launched during JASA programmes during 2011, to represent South Africa in the JA Africa Region COY competition, due to their innovative products. 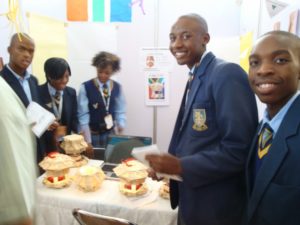 Sisonke Enterprise saw a need in their community, caused by a lack of electricity, specifically load shedding. They solved the need identified, by creating the Circuit Lamp Shade, a product that would provide buyers with an additional source of light during power outages. The lamp shade is made from ice cream sticks, which are recycled. They sold ice creams at school and refunded children that brought the sticks back to them. They also located a supplier of new unused ice cream sticks for larger orders. They are also currently in the development stages of a solar powered kettle. 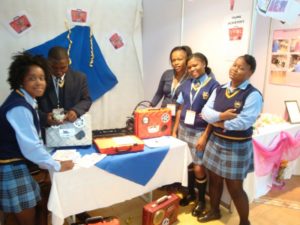 Young Achievers produce the Express Music Case: a plastic suitcase that has been modified to include various forms of music players. The company decided to modify a suitcase to help their schoolmates, since cell phones are not allowed in schools, but school bags are. The case runs on a battery so it is perfect for areas with load shedding or for homes with no electricity. They also customised some cases to include a torch that can be used when the power goes out or for walking to school early in the morning or for studying late at night. 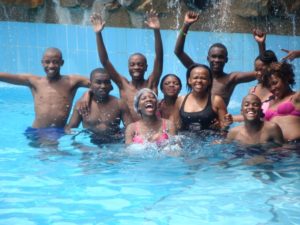 Both teams performed extremely well in all aspects of the four day competition. They produced excellent Company Reports, performed exceptionally well in their Trade Fair booths, executed phenomenal four-minute business presentations to a hall filled with people and handled themselves with professionalism during their panel interviews. They enjoyed socialising with learners from different African countries and were the most eager teams at the competition. The South African teams were always sitting in the front row, or jumping on stage with the performers to dance. They were eager to share their views and experiences with anyone that was willing to listen and they were always early to any of the sessions. They also thoroughly enjoyed the Ghanaian weather and took full advantage of the pool. 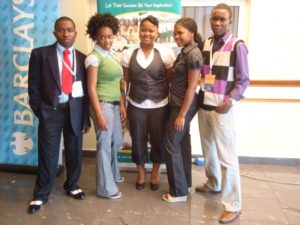 Although our teams did not bring home any of the prizes, what they gained in knowledge and experience far outweighs any trophy.

“Our trip to Ghana was awesome! There were so many life changing moments, we learnt so much, met so many new people and had a great time. A big thank you to Junior Achievement South Africa for making our dreams realities,” says Omphile Rakate – Young Achievers