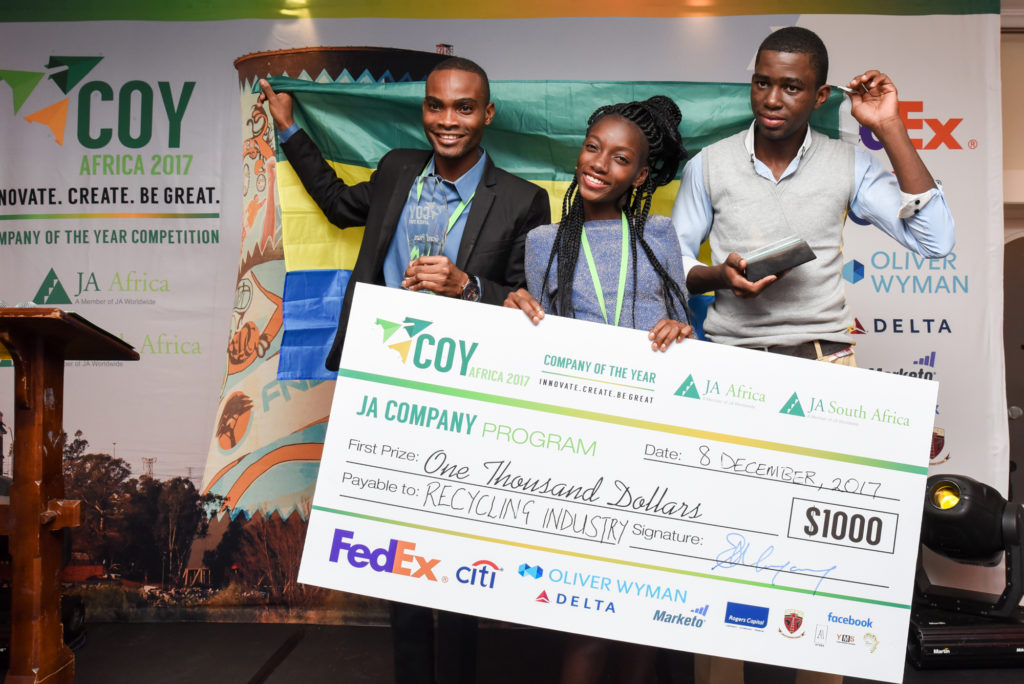 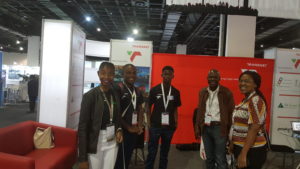 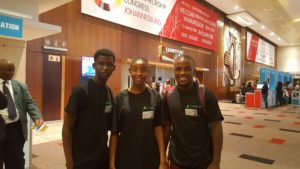 Delegates from 173 countries gathered at the first Global Entrepreneurship Congress to be held on the African continent, in Johannesburg. JASA shared a stall with top sponsor Transnet and our MD Nelly Mofokeng was joined by three former winners of the Transnet South African Bureau of Standards (SABS) Young Mover’s Competition. These students presented their ideas at the pre-GEC pitching competition and one of them, Portia Hlati, made it to the top 25.

May – Trialogue Business in Society Conference 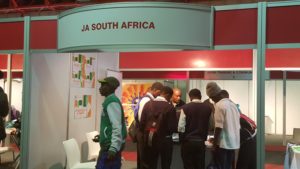 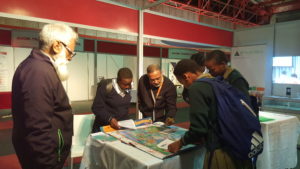 The 2017 Youth Expo linked high school learners and out of school youth to job opportunities and career paths. At the JASA stall, students could play a board game to introduce them to entrepreneurship. This was also the operational launch of the Tshepo 1 Million initiative, in partnership with Harambee, to assist young people with jobs. July – Youth Enterprise Development Programme participants graduate Graduation ceremonies took place around the country, with participants being given the choice of a further six months of mentorship. One alumni was commissioned to make JASA corporate gifts – branded shopping bags using local fabric.

Company of the Year national finals held in Johannesburg 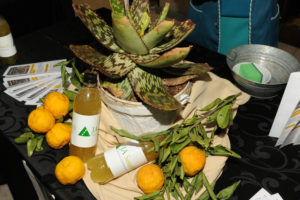 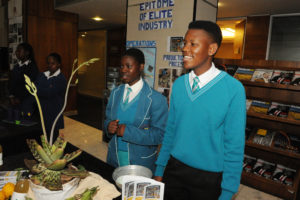 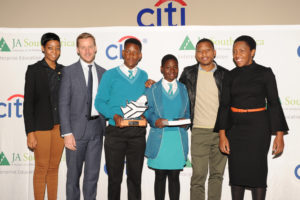 Hosted by Citi, nine provincial teams of Grade 10 and 11 learners gathered for a series of workshops to hone their business plans and presentation skills. Finally, they pitched their companies before a judging panel of business people and other industry professionals. Their businesses were created and executed as part of the Enterprise and Academy Entrepreneurship programmes. Epitome of Elite Industry, a business from the Sedibelo Secondary School in Rustenburg emerged as the winner for their multi-purpose, environmentally-friendly cleaner made from natural ingredients. 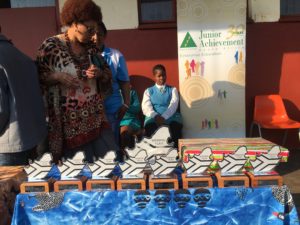 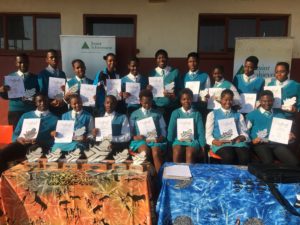 Learners who complete the 20-week flagship Entrepreneurship Academy Programme or the 12-week Enterprise Programme are eligible to enter. In 2017, over 200 idea submissions were received and from this pool, 30 finalists were chosen for their ideas on innovative products or services that address a social challenge. This group attended a non-stop week-long boot camp of business, marketing, innovation, presentation and life skills workshops at Investec’s Sandton offices. There was barely time to sleep, with JASA Youth Council volunteers assisting the students to fine-tune their presentations late into the nights. In first place was Ashley Chipandu, from Lamula Jubilee Secondary School in Gauteng, for her concept of a blue-tooth earpiece that can be connected to the shoe of a visually-impaired person, using electronic waves to detect obstacles. 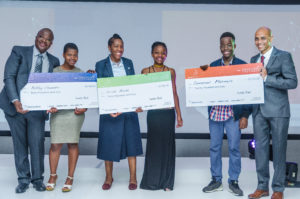 The winners were celebrated at a gala dinner. Respectively they won R60 000, R30 000 and R20 000 towards tertiary studies. Congratulations to the winning trio!

Nationally, 20 Entrepreneurship Academy Programme learners from 10 high schools were selected as finalists of the Young Movers Competition. The students attended Design Clinic sessions for two days at the SABS Design Institute in Pretoria. Then they presented their innovative ideas to a panel of judges and three winners were chosen. Sthandiwe Mnqayi from ML Sultan in Stanger, KwaZulu-Natal, received first prize for her Up-Lift wheelchair, which uses hydraulics to allow disabled people to access higher items. The competition – a joint initiative between Transnet, SABS Design Institute and JA South Africa – is aimed at building a culture of design, innovation and entrepreneurship amongst high school learners. 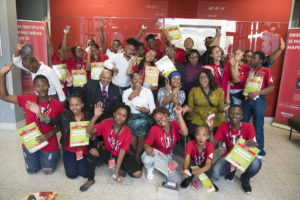 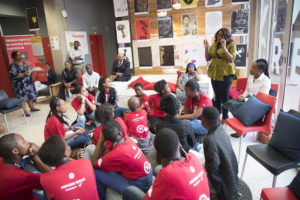 October also saw a relaunch of JASA’s website and JASA was invited to attend several of the City of Johannesburg’s Entrepreneurial Ecosystem Summit events.

The Regional Company of the Year Competition, which was hosted in South Africa for the first time, took place at Gold Reef City in Johannesburg. JASA staff worked very closely with our regional office counterparts, based in Ghana, on every detail. We tapped into our networks – staff, board members, partners, funders and supporters – to enlist guest speakers, judges and volunteers at the venue. We were honoured that the Johannesburg Executive Mayor Herman Mashaba attended as our guest speaker, amongst other distinguished guests including Councillor Leah Knott, MMC for Economic Development for the City of Johannesburg. Over 40 student representatives from 11 African countries competed. 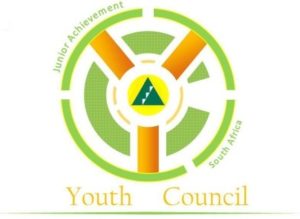 The JASA Youth Council had a busy year preparing Gauteng school debating teams to compete against each other in a televised debate competition, USpeak, produced in partnership with Soweto TV. The motions centred on challenges facing youth, including the challenges experienced by entrepreneurs. This series will be aired on Soweto TV in the first quarter of 2018. These dedicated members volunteered many days for preparatory workshops, such as mentoring Basa Tutorial Institute students for a week during a holiday camp, and also adjudicated the debates. They also mentored the finalists at the Junior Innovators Competition and started a fruit garden at the Boys and Girls Club in Protea Glen, in Soweto. 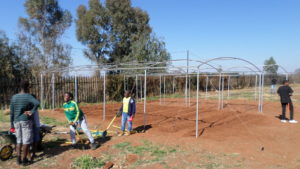 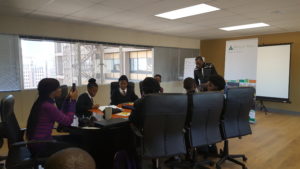