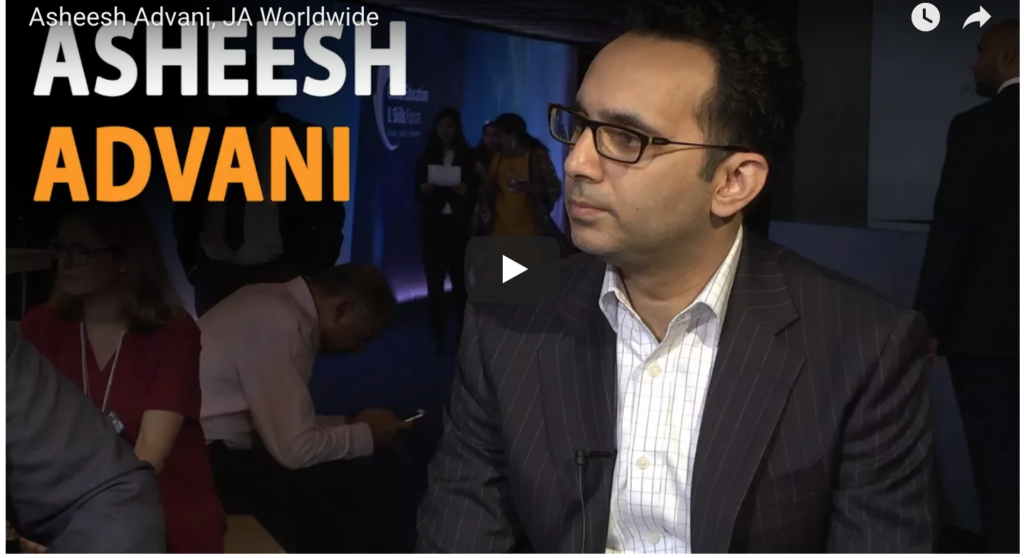 At the Global Education and Skills Forum held in Dubai in late March, Junior Achievement held a public briefing on the future of school partnerships with the private sector. Asheesh Advani, the CEO of JA Worldwide, was interviewed by Raj Kumar, President of Devex, at the conference.

Advani explained that over the nearly hundred years of JA’s existence, programmes have historically been created by JA and then run in various regions as JA set up local operations, with JA currently being active in 118 countries.

However, he commented that to achieve the ambitious Sustainable Development Goals (SDGs) – particularly goal four on education and goal eight on economic growth and job creation – entails not only reviewing the JA model but also the way JA interacts with other organisations.

With the growing importance of Science, Technology, Engineering and Mathematics (STEM), JA Worldwide has begun to look at cultivating relationships with partners that already have good programmes in this field and then disseminating them through the strong JA networks, which will allow for faster expansion, rather than taking an approach of developing these programmes from scratch.

Advani further commented that JA has “spent decades building distribution into school systems” and thus has long-standing relationships with the key stakeholders in the education system, from the minister through to the regional heads, principals and teachers. This is an invaluable social asset to bring to partnerships with organisations struggling to get their programmes into schools.

The reverse can also be true, where JA can leverage off local organisations’ networks. An example is a partnership in India with a foundation that provides leadership courses to over three million children while JA’s footprint in this country has only been around 60 000. Through a collaboration JASA can now increase its reach exponentially.

JA South Africa is also assessing how to form strategic partnerships in order to expand in an elegant and efficient way.