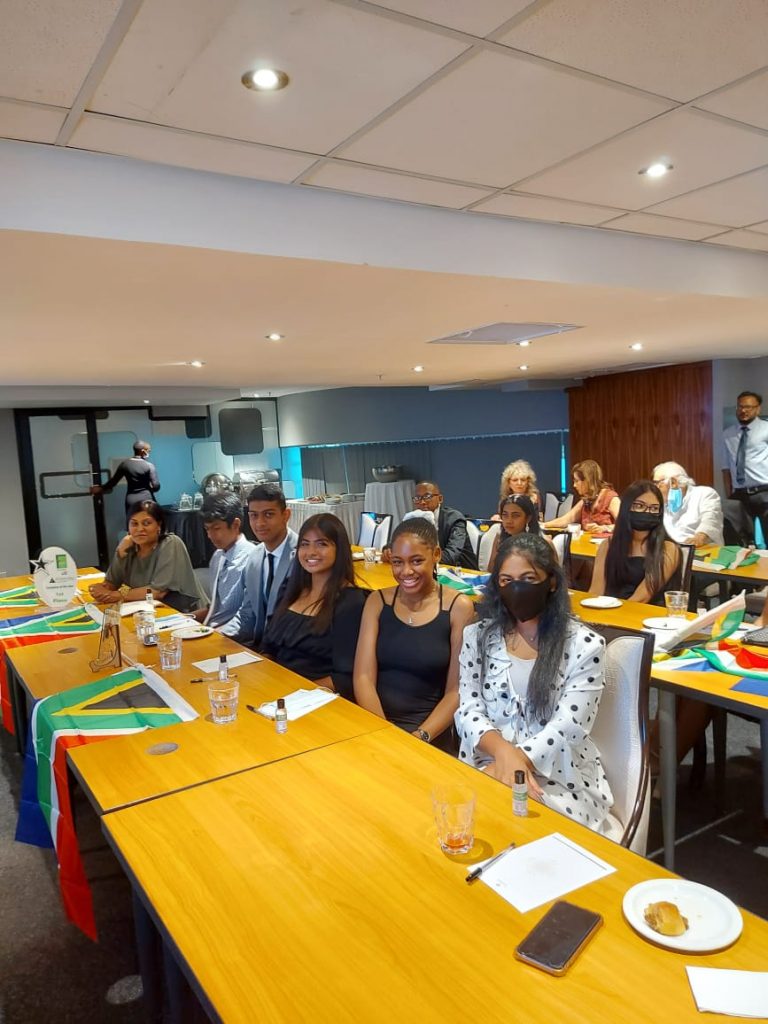 Our country winners, MP4U from Northwood school and Danville Park Girls High school in KwaZulu-Natal introduced Glass Music Plaques to the regional competition.  The team won the award the Future Tech/Innovation award from the Tomorrow Foundation. An award that recognizes The Future Tech/Innovation Award is given to the company that best illustrates new, original, or groundbreaking ideas. From products, to customer service to collaborations, innovation is central to ensuring companies remain relevant and sought after in the global economy. They also received third place in the People’s Choice Award, a category voted by the public.

This year, the competition went virtual and was broadcast live on Saturday 27th March 2021.

The competition theme, “Lead to Succeed”, was inspired by the need for young people to understand that in order to lead others, they must first lead themselves; thus demonstrating personal leadership. Forty-four students representing 11 countries competed for the grand prize of Company of the Year as well as branded awards. The teams represented include Côte d’Ivoire, Eswatini, Gabon, Ghana, Kenya, Mauritius, Nigeria, South Africa, Uganda, Zambia, and Zimbabwe.

The COY competition recognizes the achievements of JA Company Program students who have, in the past year, started and run their own businesses from capitalization to liquidation. This year’s competitors have had to overcome the many challenges presented by the COVID-19 pandemic to win their various National COY competitions and qualify to represent their countries at the JA Africa COY competition. The competing teams will pitch their business ideas to judges while demonstrating their understanding of business and ability to articulate why their businesses performed as they did. In addition to the three finalist awards, students will also compete for several branded awards presented by the funders of the competition.

Even though a key element of the COY competition, which is the opportunity for the students to travel to a foreign country, is missing this year, the host country, eSwatini remains committed to providing a virtual experience doused with Eswatini’s rich culture.

Adding to the excitement of this year’s competition, the Acting Prime Minister of the Kingdom of eSwatini, His Excellency Themba Masuku, and, CEO of Zoox, and the first black woman to head a billion-dollar self-driving car company, Aicha Evans, will deliver a special message to our students and the many young people that will tune in to watch the competition.