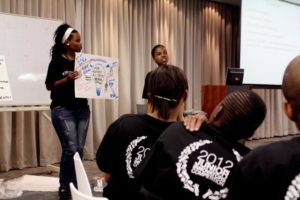 On Sunday, 30th September 2012, 45 learners from across South Africa made their way to Sandton, Johannesburg, to compete for the chance to become the first ever Junior Innovators winner. The learners had been selected from over 100 entries received. To enter, they were required to identify a problem in their community and develop a socially innovative solution to it. They also needed to write a letter of motivation and obtain a letter of recommendation from a community leader.

The competition, generously funded and supported by Investec, was held in Sandton, between 30th September and 3rd October 2012. During the four days, the finalists attended various workshops, specifically designed to help develop their concepts into full five minute business presentations. They were also lucky enough to attend talks from several high level corporate individuals and successful entrepreneurs. On the final day, the finalists were required to present their concepts to a panel of judges, who then selected the top ten. The presentations were all astounding and the innovations presented were inspiring! The top ten finalists were then required to present their concepts to another panel of judges, as well as their fellow contestants. 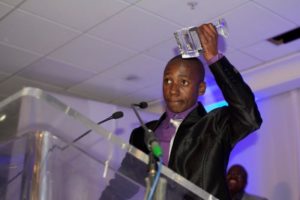 The event culminated in a spectacular evening titled, Night of the Stars. The finalists all dressed up in their finest formalwear and were treated to exclusive red carpet treatment—literally! On arrival they were swarmed by “paparazzi” whilst trying to make their way down the elegant red carpet. They were treated to spectacular food and entertainment, by none other than DJ Dino Bravo.

First prize, of R60 000 towards his studies, was awarded to Sifiso Motaung from Sandtonview Combined School for his Urea Fertilizer concept, an organic fertilizer made from purified urine. Second prize of R20 000 went to Snethemba Gasa, from KZN, for her shopping packet carrying service and third prize of R10 000 went to Beacon Secondary School learner, Lindokuhle Sithole, for his brilliant Solar Mill concept!

The competition was a huge success and JASA hopes this will become an annual event! Here is a video: