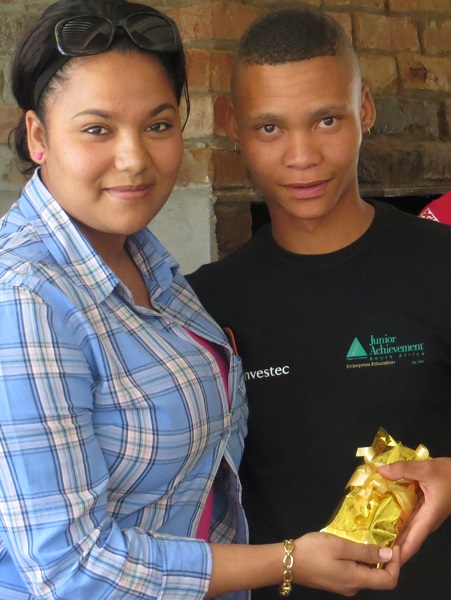 Shinaaz Poemedie, facilitator at Pescodia High School in Roodepan shares with us the inspirational story of growth and maturity of Melvin van der Westhuizen.

“He walked into the first session with a limp, pants hanging low and a look on his face that I’ve come to recognise among the young men in Roodepan, Kimberley. ‘Here comes trouble!’ was my first impression of Melvin. But boy, was I wrong. At first, he was talkative and disruptive in class. I now know that he was trying to enforce his place as leader on the programme. However, this soon backfired when he was not chosen for any of the positions in their business, despite self-nominating for many. I’ve been a facilitator for 12 years now and I’ve never seen anybody mature so much in such a short space of time.

Van der Westhuizen says: “I realised that because I want to become a teacher, like Shinaaz, who inspires people to live their potential and to make as much money as we did on the programme, I needed to pull up my socks. That’s when I decided to learn as much as I could on the JASA programme. I learned what the word discipline means and I wanted to let the others see this too so I started arriving early for JASA classes, stayed positive and helped out in any way I could. I enjoyed getting compliments from the others and assisting the General Manager of our business.”

When she realised what a role model Melvin had become, JA South Africa’s Northern Cape agent, Mercedes Fredericks invited him to earn some extra cash as a co-facilitator on her programmes. In this role, Melvin attends recruitment drives to help motivate potential new learners, assists Mercedes as a class aide and is often seen to be motivating learners to join JA South Africa programmes.

We look forward to following your journey to becoming a great teacher! 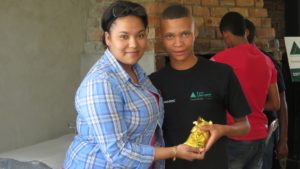