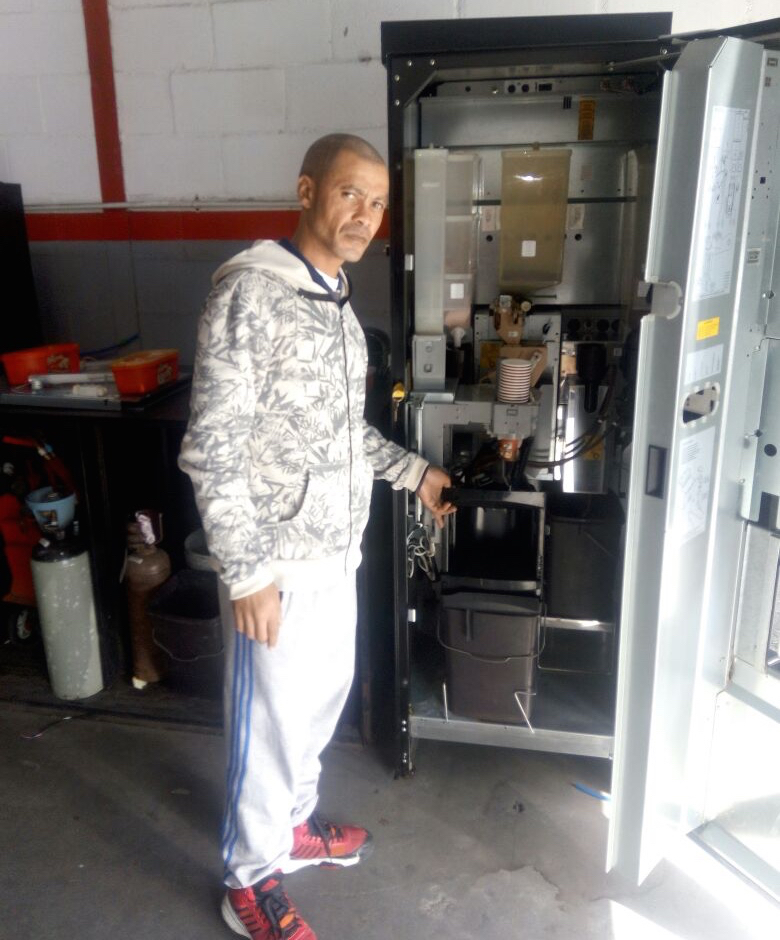 Two years ago, Rubin Witbooi’s world was destabilised when he was retrenched from the vending machine company he was employed at. After this, he began to assist a family member with running a tuck-shop. Though this was a helpful stopgap it was hardly a sustainable option for a man with a family to support.

With a knowledge of vending machines and having honed the skills needed to work with, and maintain, this kind of equipment, Witbooi began to think about starting his own venture. However, the challenge of getting out of the starting blocks seemed insurmountable. 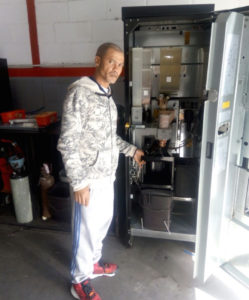 Fortunately, JASA was hosting a Youth Enterprise Development Programme at Eureka Hub in Masakhe in Mitchells Plain and Witbooi joined the programme. This is one of five such programmes funded by Transnet around the country.

Witbooi signed up to gain an understanding of how to run a small business so he could manifest his entrepreneurial dream. Through the sessions, he began to create records and get organised. He drafted a business plan and identified his target market. One of the most difficult aspects of learning how to manage a business was getting to grips with costing, in terms of breaking down all the costs and then projecting profits based on the costs, he says.

Since the business was evolving quickly and Witbooi had already secured funding through a private investor, the facilitator initiated one-on-one additional mentorship sessions with Witbooi.

With the foundational building blocks of his business laid, he began to register his company on various databases to begin securing clients. In addition, wherever he went, he was on the lookout for potential venues.

One night he was at the Trauma Unit at Groote Schuur Hospital and really wanted a cup of coffee. There was no facility in the hospital. And even if he wanted to risk walking the neighbouring streets after dark there was no place open, so he went without. This made him realise what an excellent venue the hospital would be for a vending machine that dispenses hot beverages. He got in touch with the necessary person and after some negotiation he secured a year-long contract that launched from the beginning of June 2018.

Having a contract with one government institution makes it more likely to received more contracts as a supplier on their database. With the knowledge he has gained thus far, his projected earnings are far beyond what he could previously have imagined. 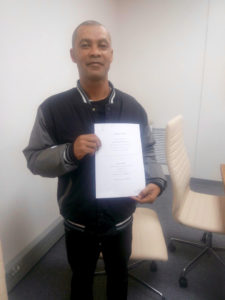 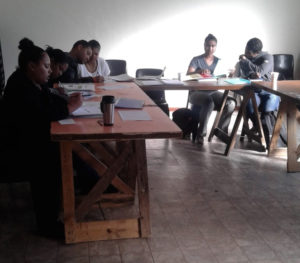