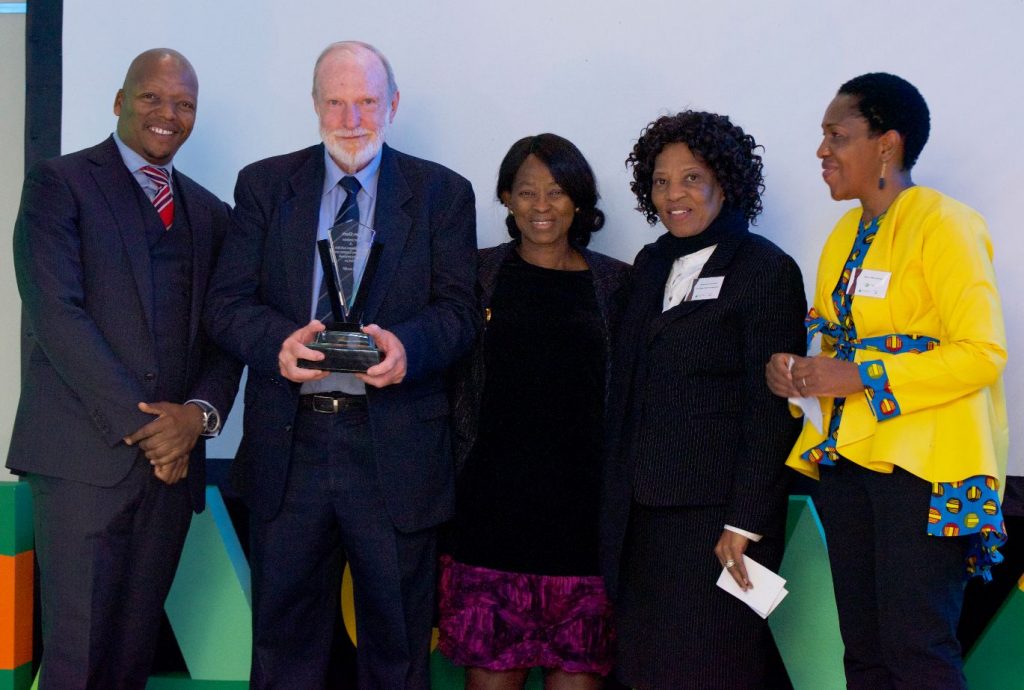 Tipping the scale beyond 40: preparing for greatness

With the theme Tipping the scale beyond 40: preparing for greatness, the event was an amazing journey down memory lane and a celebration of the entrepreneurial spirit that the JA South Africa team has helped promote over the years.

In her congratulatory remarks, Dolly Mokgatle, JASA Board Chair said, “the JA South Africa entrepreneurship model has without a doubt delivered success over the past 40 years.”

The organisation was established in South Africa in 1979 and for the past 40 years, JA South Africa has been providing experiential business, entrepreneurial and life skills to young people aged between 8 and 35 years nationwide in both rural and urban environments.

As part of its commemorative activities, awards were handed out to individuals and organisations that have played a pivotal role toward the success of JA South Africa.

The award was received by his son Greg Black and daughter, Bridget Thiselton

Board Member Recognition Awards for outstanding commitment and stewardship:

Long Service Awards presented to staff in recognition and appreciation of loyal and dedicated service to Junior Achievement South Africa: